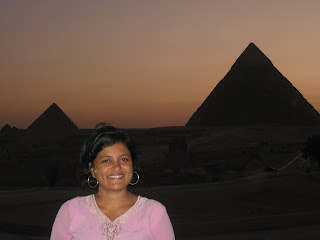 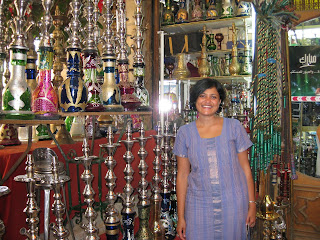 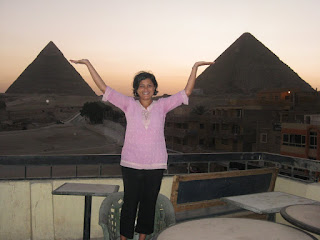 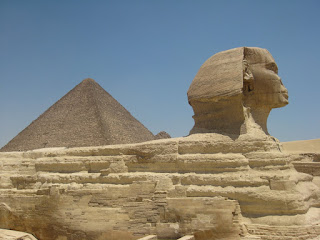 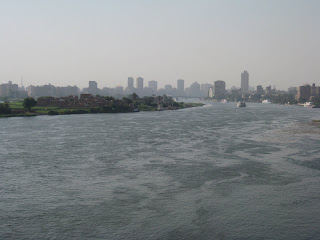 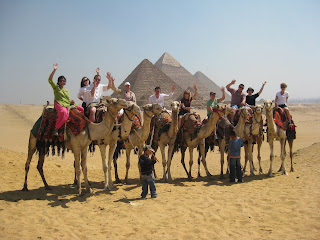 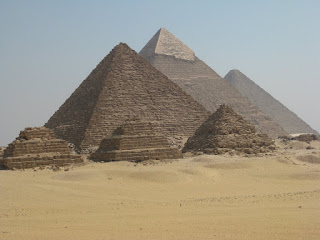 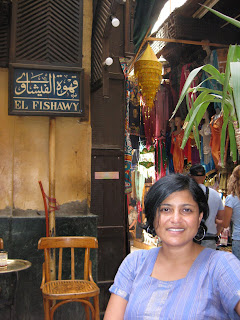 Things to do in CAIRO:
1) El Fishawy, one of the most popular traditional cafés in Egypt, has been run by the El-Fishawy family 24 hours a day since 1773. If Egypt is the heart of the Arab world, Islamic Cairo is the heart of Egypt, and El Fishawy one of its key arteries. El Fishawy itself is at the heart of the Khan al-Khalili - a souk originally built in the late 14th century and today a gargantuan labyrinth of markets and shops, one of the great bazaars of the whole Middle East.
2) The Pyramids of Giza are what you go to Egypt for. Make sure you ride the camels through the Sahara dessert around the pyramids. If possible, visit the queen mothers tomb. Its 200 degrees inside and climbing into and out of the tomb is quite a feat, so make sure you have walking shoes (although I did it with flip flops).
One of the best kept secrets is the Pizza Hut behind the pyramids. You can eat a deep dish pan pizza with pepperoni on the rooftop while watching the sound and light show (starts around 8:30 so get there by 7:30 if you can). Pyramids are breathtaking at sunset.
3) Tutankhamun (King Tut) Exhibit, Tomb, Artifacts and Mummies at the Egyptian Museum
This is amazing if you are a history buff (or not) and want to spend a day learning about the King, Egyptian civilization and mummies. Over 3,000 treasures were placed in the tomb to help Tutankhamun in his afterlife, and the walls of the burial chamber were painted with scenes of his voyage to the afterworld. Tutankhamun's mummy is made of solid gold and weighs approximately 240 lbs. His body was wrapped in linen and over his face was placed an exquisite gold mask.
Go early. The museum gets crowded by 1 pm. Pay the 100 LE extra to see the mummies exhibit.
4) The Nile: A dinner cruise on the Nile is highly recommended.
Beware of the airport. It is a mess. Get there 2 or 3 hours before your flight and carry a printed itinerary.
Posted by Smita at Monday, June 02, 2008 No comments: