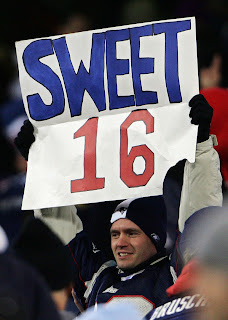 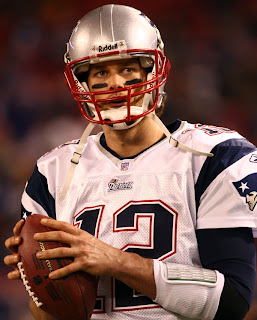 16 and 0 woohoo!
I am a New England Patriots fan. More than that, I am a Tom Brady fan. How could you not be? Living in Boston for 6 years will do that.
It was a record-setting night for the Patriots. Brady set an NFL single-season record for touchdown passes (49) and Randy Moss broke the single-season mark for touchdown receptions held by Jerry Rice with his 23rd of the season when the two teamed up on a 65-yard score in the fourth quarter. The Patriots also set the NFL single-season record for points scored (589) on Brady's 4-yard touchdown pass to Moss in the second quarter, breaking the 1998 Minnesota Vikings' mark of 556.
Posted by Smita at Sunday, December 30, 2007

I can easily not be a Tom Brady fan. His face looks like he was ran over by a Denver Bronco, or Indianapolis Colt!! Go Chargers!!